Say What You Mean 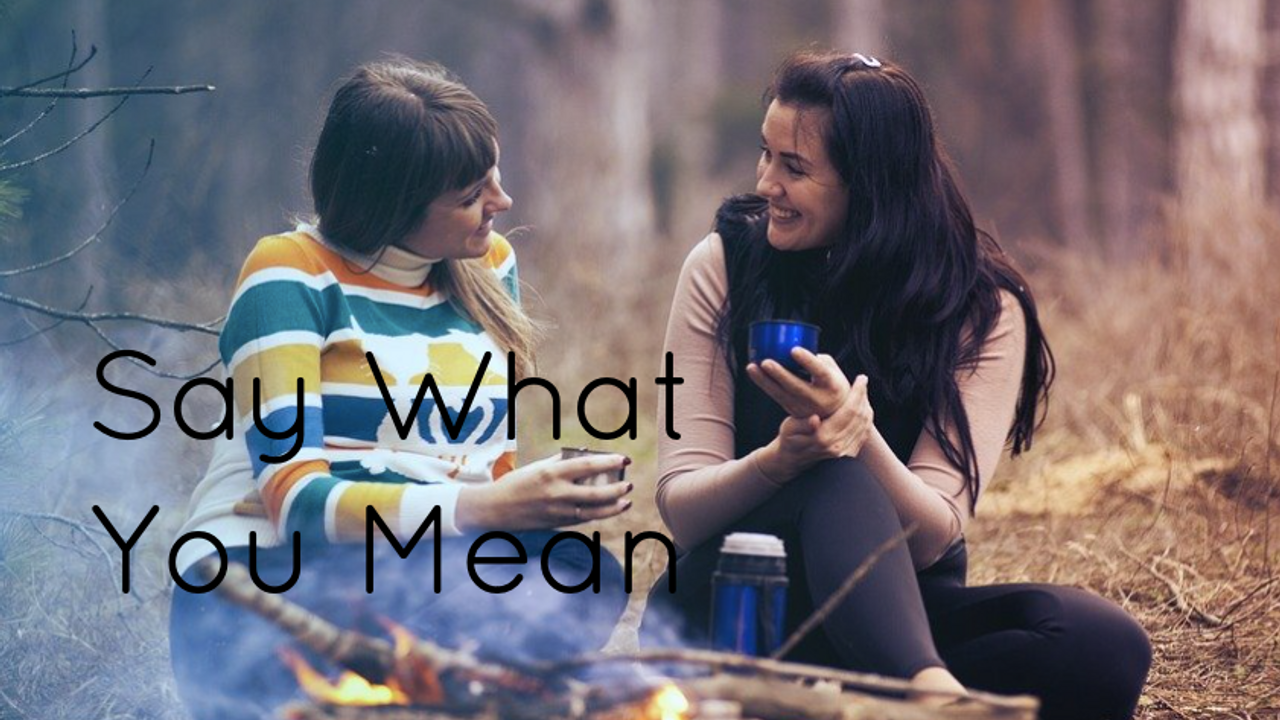 Our parents had a few really great phrases that they used on us growing up. One that Mom had us use was, “Say what you mean and mean what you say.”

This phrase helped curb some of the gossip, lying, truth-stretching, cutty comments, and bragging that can take place when 9 kids grow up together.

Even though we don’t live at home anymore, and we aren’t the snarky teenagers that we used to be, the phrase is still powerful.

Think of all the love lost because you said what you didn’t mean.

Rash comments, defensive comebacks, rude retorts, thoughtless remarks. These things cause so much pain, and most of the time, they aren’t even said with any meaning. Same goes for little white lies, fake smiles, inauthentic laughs, and mindless agreements.

When you don’t mean it, don’t say it. It’s better to hold off and ponder it over than say something that’s not true.

Think of all the love lost because you meant what you didn’t say.

Why is it so hard?

We say things we don’t mean because we are so armoured up against attack. We come off as petty, abrasive, defensive, offensive, etc because we don’t want someone poking around where we are tender and real.

We don’t say things that we mean because it’s scary to be known. It’s terrifying to present a deeper, more real part of yourself because it could be ridiculed, manipulated, abused, or left there hanging, unreciprocated.

It’s an invitation to go deeper to get to know yourself.

Dare to share yourself with the people close to you. There’s risk, absolutely, but it’s the only way to connection.

How much stress and pressure are you under in your relationships because you don’t say what you mean and mean what you say?

Dare to share. Who are you closest to? What hopes, dreams, fears, feelings can you share with that person to connect at a deeper level.

Is it time for you to work past your shame and fear of vulnerability to create the deeper connections you seek? Does that sound like your goal? See our coaching options that we tailor to you.