The Voice In Your Head 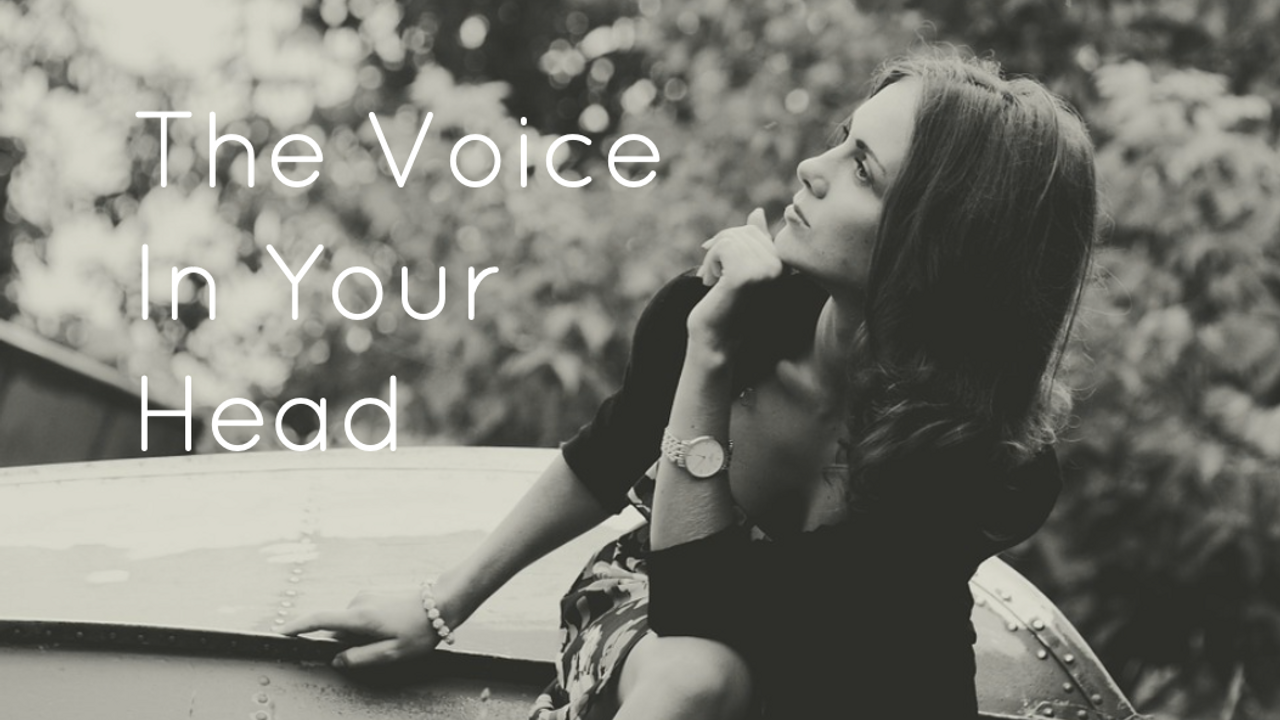 There’s a voice in your head.

Everyone has one. If you don’t think you do, it was the voice in your head that just said “I don’t have a voice in my head.”

You can make this voice speak. Make it say, “Hello”. Did you hear it?

Make it yell, “Wahoo!” Did you hear that?

You can make it say anything.

But sometimes the voice talks without you “making it” talk.

Actually, this voice can be a creative story teller. It can narrates stories to you and it can “make” you do things, too.

Let’s say that you suddenly remembered that you forgot to wish your friend a happy birthday 2 days ago. The voice starts talking. It might say something like, “Oh, shoot! I’m such an idiot. A loser. I can’t believe this. I’m such a sh*ty friend. No wonder no one likes me. I am not even likeable. To save him from the burden of being my friend, I’ll just stop talking to him. Yeah, that’ll be easier for everyone.”

The voice in your head took a simple forgotten birthday and weaved this elaborate self-depreciating story out of it. The voice first created a “problem” then gave you a “solution” to the problem it created.

In reality, I don’t think forgetting a friend’s birthday is even a problem. But the voice in your head proposed to you to stop being friends. That solution is way out of proportion to the actual “problem”- which really isn’t even a problem.

The voice in your head has been with you your whole life, so it is “familiar” and therefore you experience the voice as being trustworthy. In that way, you have the tendency to believe it and do what it says, all too often without questioning its legitimacy.

Another way that the voice in your head tells stories is in conversations.

I remember having a conversation with my sister. She told me about something a close friend of hers had done. I didn’t immediately say anything in reply because I was thinking about how what her friend did fit into the pattern her friend’s Enneagram personality type (I was trying to learn more about the Enneagram by identifying personality patterns in real people).

My sister was quiet for a few moments, while I was a million miles away in my head. When she next spoke, it was clear that the voice in her head had been spinning a story. So she used a technique from Brené Brown. She started her sentence with “The story I’m telling myself…”

I looked at her and blinked, confused. For a second, I had no idea what my sister was talking about. I wasn’t even thinking about the specific thing her friend had done, or of her friend, or even of my sister. I was lost in thoughts about the Enneagram. I wasn’t judging either of them!

The simple sentence-starter, “The story I’m telling myself…” allowed my sister to share her thoughts with me and check the validity of the story that she was telling herself.

It also allowed me to not take her comment personally, because she was talking about herself, and not me. The conversation may have gone differently if she had asked me “Are you judging my friend?” The voice in my head probably would have spun the story that she was accusing me of being a judgemental person and the voice may have suggested to me to retaliate. This would have escalated the situation and could have created an actual “problem” between the two of us.

Instead, “the story I’m telling myself…” allowed my sister to be vulnerable, helped us understand each other better, and provided an opportunity for clarification and bonding.

Are you aware of the voice in your head and of what it is saying?

How would your relationships change if you started a conversation with a friend or loved one with “the story I’m telling myself…”?