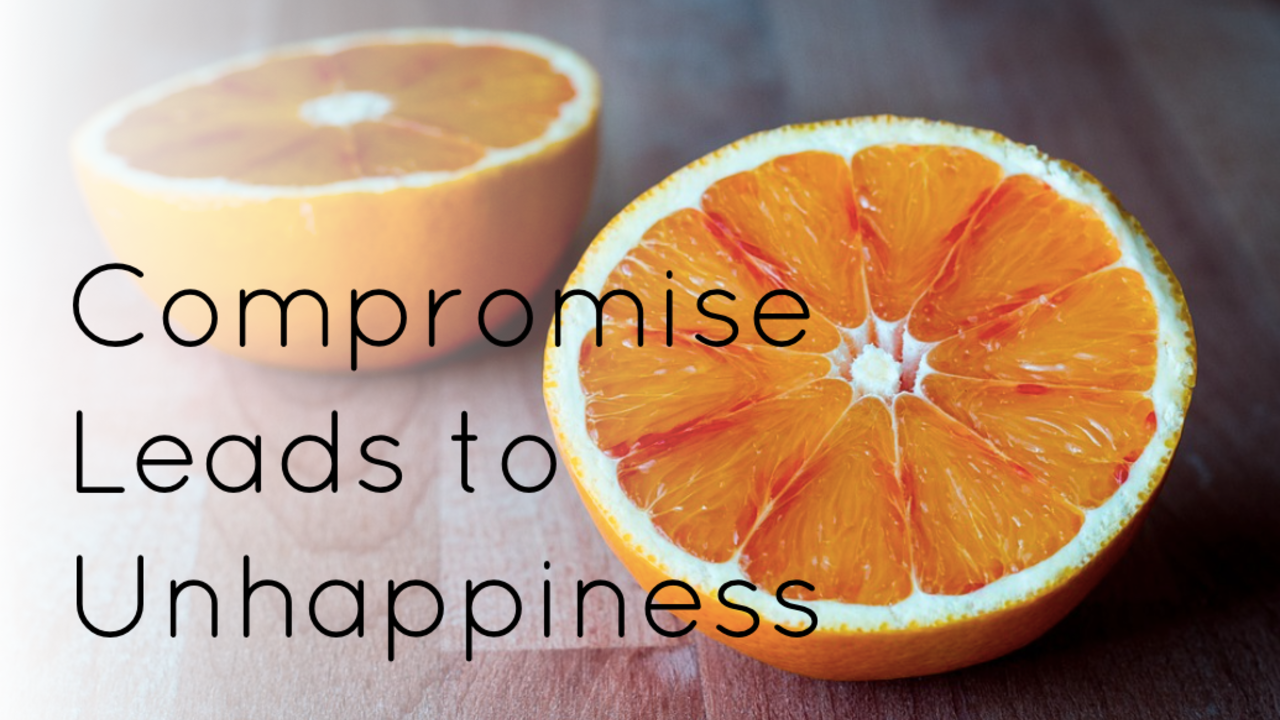 “I want the orange!” replied the younger girl.

“But I want the orange!” cried the older girl.

The mother saw a solution, went to the kitchen and cut the orange in half, giving one half to each sister.

Both girls won. But both girls lost. This is called compromise.

And sure it’s fair.

But the problem arises in that it is human nature to look at what is wrong, what is missing; to place more emphasis on the unhappiness than the happiness. And what happens is that two people are each a little happy and a lot unhappy.

Imagine a relationship between two people who have compromised where both individuals are a little happy and a lot unhappy. That is the state of all too many relationships. And it is the reason that so many fail, whether at work, at home, or socially.

No. Obviously that’s not better.

That would be the relationship where one individual is always taking and the other is always giving. Relationships like this are also not uncommon and are doomed to be unhappy.

But what is the alternative? If it’s not a give-take and it’s not a compromise, then what is it?

In the story of the orange, what if the mother asked the sisters, “What do you want the orange for?”

“For the fruit!” The younger sister wanted a snack.

“For the rind,” said the older girl, who wanted to bake a cake.

This is called collaboration. Both parties are happy to the maximum.

Imagine a relationship where both individuals are as satisfied as possible; where both feel not only heard and understood, but also fulfilled having had their needs fully met.

It all starts with one question. What do you want? Once you know what you really want, find out what the other party really wants. Then you can begin the collaboration process so that both parties get what they truly want.

Where is the conflict in your life? Are you dissatisfied with your half an orange?

What do you really want in that situation? How can you find out what the other individual really wants in the situation?

How can you collaborate so that both of you are happy to the maximum?