The Call to Grow 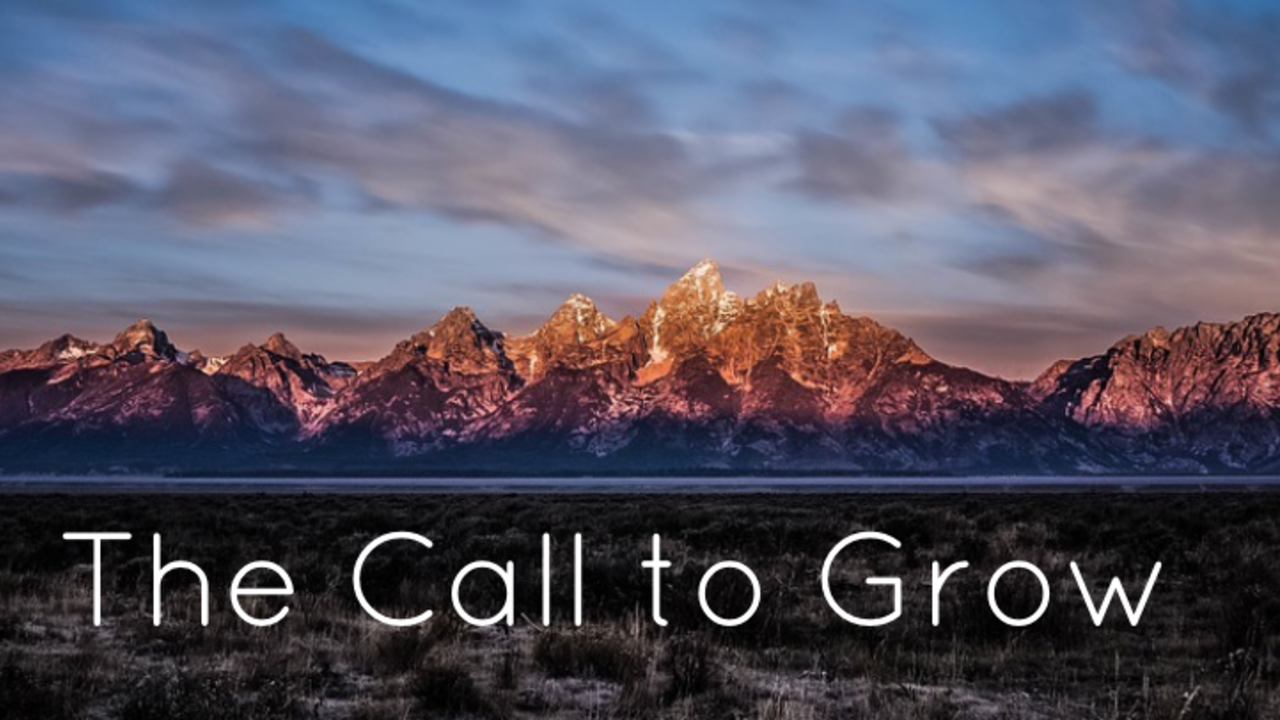 “What you’re looking for isn’t in the village. You’ll have to travel far for something to fill that hunger. Go west. Go until you find the tallest trees you could ever imagine. At the very top of the tallest tree, you will find a fruit that will satisfy your hunger.”

But off he went. West. In search of the unimaginably tall trees.

He walked west for days. Eventually, he could make out shadows on the horizon.

“Those must be the unimaginably tall trees,” he thought to himself. And he carried on westward.

More days later, he came to see what the shadows on the horizon were. Mountains.

Great big mountains. He walked back and forth along the base of the mountains, looking for a trail up and over, or a pass through, but there was nothing.

“Gah!” he complained, “I came all this way. I have walked for days. I have followed the wise woman’s advice and this is what I get?! And I’m hungry!”

He complained for hours and hours, griping, stomping his feet, and shaking his fist at the mountains.

“Shrink!” he screamed at the mountains. “Shrink! Shrink! You’re too big for me. It’s too hard. I don’t have the strength or the energy! Shrink!”

But in the silence, there was a noise.

“What was that?” the man thought.

He thought it must be the wind, or an echo perhaps, but then, “There it is again!”

It was a whisper. And it was coming from the mountains.

And then he stepped over the mountains like they were nothing more than molehills.

He was amazed at his growth. The mountains that had seemed so big and daunting before were just a beautiful scar in the earth far below him.

But his size did not decrease his hunger, and after thanking the mountains for teaching him to grow, he carried on west. His enormous strides carried him far, fast.

Travelling alone, with nothing to which he could compare his size, it wasn’t long before he forgot how much he had grown, and he carried on west, his thoughts occupied by his hunger.

Finally, he saw on the horizon a forest.

His heart leaped, as did his stomach, hoping this to be the forest of unimaginably tall trees.

As he came closer to the forest, he was disappointed to find that they were just regular trees.

But in the middle of the forest, grew the tallest tree, and on that tree were some of the finest apples he’d ever seen. It took him only a moment to scurry up one of the branches to pluck the apple at the top of the tree.

“Are you the tree I’ve been searching for?” he asked, skeptical.

“Yes, I am the tallest of the unimaginably tall trees.”

“Well you don’t seem all that tall to me. I expected that you’d be taller. That your fruit would be hard to reach. Did you shrink?”

What are you hungry for? What do you really want?

What challenges lie in the way?

How are your challenges asking you to grow?

Would you approach your challenges differently if you knew that they were preparing you for your dreams?