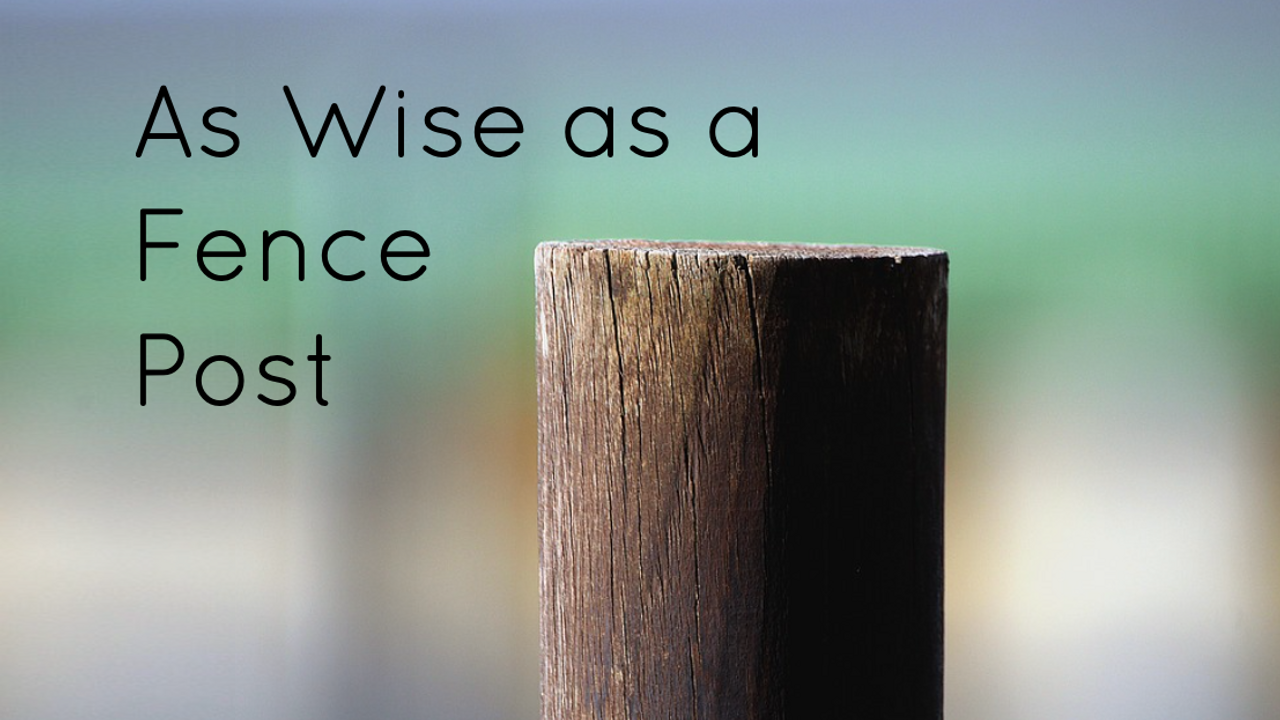 When I was a kid, all I ever wanted was a horse. But I was a very practical kid and I knew that I couldn’t have a horse without a fence. So every birthday candle, every falling star, and every prayer was dedicated to one day having a horse - and a fence.

Fast forward a decade or so later, and I was building a fence with my Dad. The fence that would house my very own horse. We had just finished the fence and it was time to deal with all the extra fence posts.

The fence posts were six inch round poles about 7 feet long. They were wooden so they had the potential to rot in the rain if not stored properly. We didn’t have room in the shed for these big posts so we had to store them out in the elements.

Laying them in a big heap would be a disaster as they would hold rain water and would eventually rot.

It was precarious. But they were up.

After admiring for a moment, we then carried on leaning more and more fence posts until we had created a teepee with all the fence posts. The result was surprisingly stable.

Fast forward another decade and a half.

I was talking with a friend of mine. She told me that she had been telling her daughter of the hard times she’s been going through since recently losing her husband. Her daughter was a good listener.

After months of giving support, her daughter then revealed that she too was struggling with life issues of her own.

My friend felt guilty for having leaned on her daughter, when it was her daughter that needed support.

In my mind’s eye, I saw those first two fence posts, each at an odd angle, but together supporting each other.

That mother and daughter could only support each other because they were both leaning.

My point is this:

It turns out that even a couple of fence posts can reveal the wisdom written all over creation: It’s not about getting it right; it’s about connection.

If you were perfect, would it be easier or harder for those you care about to connect with you?

How can your lean support someone else’s lean? Where in your life is your vulnerable wound the entry point for connection?

How and with whom can you be vulnerable and real in order to find connection?