How to Change Reality 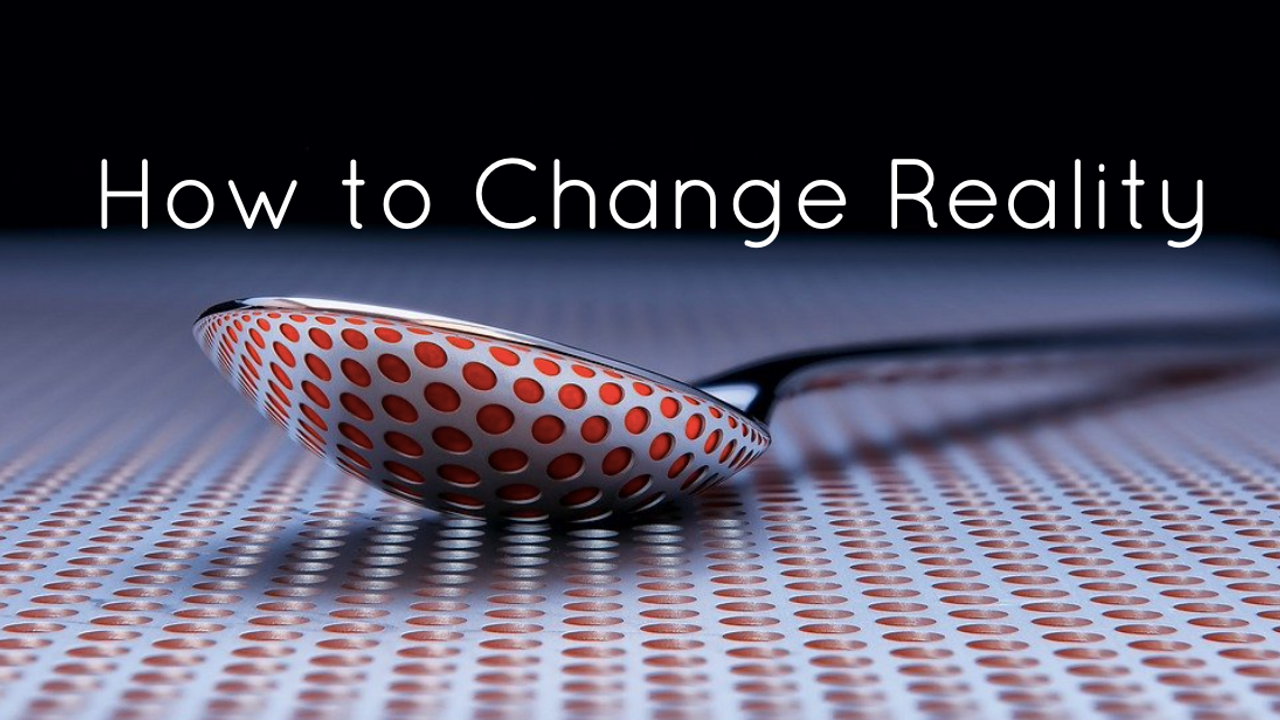 Well, the Oxford dictionary defines reality as “the world or the state of things as they actually exist, as opposed to an idealistic or notional idea of them.”

But the question becomes then, “What actually exists?”

It’s easy to see that, in reality, “That car is green”, “That house is 1211 square feet” and “There are X amount of dollars in my bank account.”

But there are some things that are not so easy to see as “reality”. Sometimes it is difficult to make out what actually exists, what is actually real.

Here are some examples:

“Money is hard to come by.” Is this actually “reality”? Aren’t there some people for whom money is easy to come by? So what is “real”?

“Good men are hard to find.” Is this actually “reality”? Aren’t there some people that are surrounded by good men and/or find good men easily? So what is “real”?

“The world is going to hell in a hand basket.” Is this actually “reality”? Aren’t there some people that see that the world is evolving into higher states of love with more acts of compassion, care, and unity? So what is “real”?

Everyone has separate realities. Why? Because we have different perceptions - “a way of regarding, understanding, and interpreting something” (Oxford). Our perceptions are a filter through which we take in our world and environment. Our perceptions are primarily influenced by our beliefs - “an acceptance that a statement is true or that something exists.” (Oxford)

In other words, if you believe something to be true or that something exists, you perceive it as “reality”. And it is reality because it is real to you!

Everyone has separate realities because everyone has different beliefs and perceptions.

(As a side note, it’s easy to see where conflict can arise, here, when we can’t all agree on “reality”! Especially because if you believe something to be true, you will have the tendency to search for, interpret, favour, and recall information in a way that confirms your beliefs thereby strengthening your belief and confirming “your reality”. This is called a confirmation bias. This can make it seem like you are “right” and they are “wrong”, creating conflict.)

Simon Sinek says, “If perception is reality, then it follows that reality is perception. Which makes a good case for optimism.”

You have the power to change reality. Reality changes when perception changes. This means that if you want a more positive reality, change your beliefs to be more positive. Be more optimistic.

I Really Didn't Care
The Mud of Anger
Parenting 101
Close