3 Actions You Can Take to Deal with an Angry World 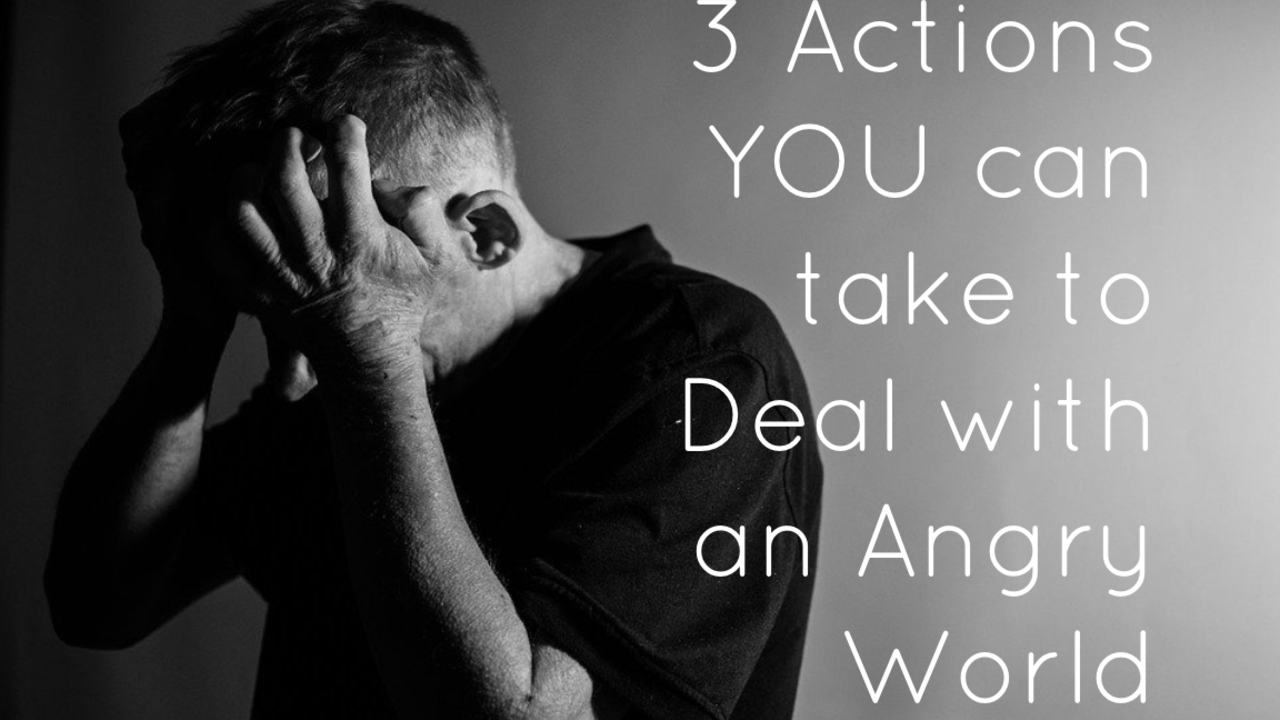 I don’t go out much. It has nothing to do with the current state of the world; I didn’t go out much before there was all these pandemic shenanigans. I like to stay home.

But I had to go to the city the other day.

I couldn’t believe it. People are angry. So angry.

I got scowled at for walking too close to someone.

A store clerk screamed at one of her customers for touching something he wasn’t supposed to touch.

A yelling match almost got physical in the next isle in the drugstore.

A guy waiting ahead of me for his order of fries was spouting such a lineup of cusses, he could’ve made a sailor blush.

This was all within a couple hours. And all about the most menial things that you could imagine. With perfect strangers.

Whatever happened to courtesy? To politeness? To common sense? Do those get thrown out the window because we’re under pressure, stress, and strain?

Whatever you’re going through, whatever pressure you’re under, whatever kind of stress you’re experiencing, you have no excuse to forget your manners, toss away kindness, and replace “we” with “me.”

There is no excuse great enough to start acting like a misbehaving child.

Do you remember that good ole saying? “If you have nothing nice to say (or do) then don’t say (or do) it at all.”  That is just as relevant now as it was in elementary school. It doesn’t mean don’t do anything. It means do it in a way that doesn’t walk on others.

So what is there to do when there is so much anger in the world right now?

#1. Have compassion. All that anger is coming from fear and uncertainty. It just looks like anger when it comes out.

#2. If someone is angry, don’t get angry back. That is throwing gas on the flames and it won’t steer the interaction in a calm direction.

#3. Be a force of calm in the world. Be so calm and composed that it seeps off of you and fills the space around you. Other people are looking for calm reassurance. You can be the answer to their prayer.

Are You Improving?
"Dare to Be Different."
Do You Have the Skills You Need?
Close