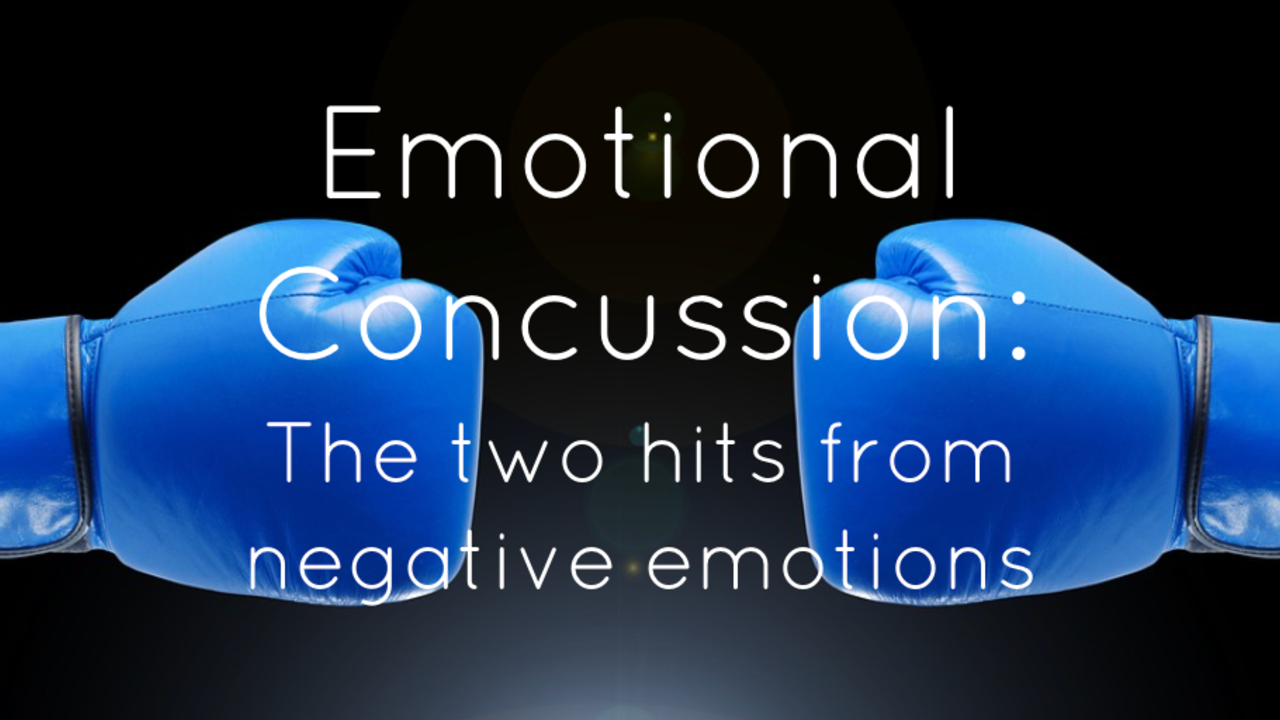 A few years ago, I had a concussion. I don’t remember much about the situation, but I came to after a couple seconds with a headache and a case of nausea.

A concussion is when the brain has a bruise from smacking against the inside of the skull.

This is called a coup countercoup injury.

What does this have to do with stress?

Sometimes we have a situation that pushes our buttons, and we feel angry, anxious, fearful, or overwhelmed. It’s obvious. It’s plain as day. As we face the situation, feeling those negative emotions, we are draining energy and hurting ourselves.

That’s the first hit. The most obvious. Those negative emotions associated with the situation are damaging and bruising.

The second hit takes place in the aftermath of the situation. We don’t pay as much attention to it, because it’s not as obvious.

It’s the residual anger or frustration that can last minutes, hours, or days.

It’s the rehashing or “highlights reel” of the situation, where each replay gets more and more escalated and dramatic.

It’s the grudge held that affects every future interaction until the end of time.

It’s the closed-heartedness toward the person or situation.

It’s the perfectionistic criticism or self-criticism that takes place in the aftermath of poor choices.

It’s the refusal to take responsibility and the stubbornness to avoid an apology.

It’s the self-righteous waiting for the other to make the first move to make amends.

The second hit - the countercoup - can be just as, or even more, damaging than the first hit. The trouble is that it’s not as obvious, so all too often it goes unchecked and ignored.

When emotional emergencies happen, you need Emotional First Aid! Learn how to tend to your emotional concussions with this free short video!