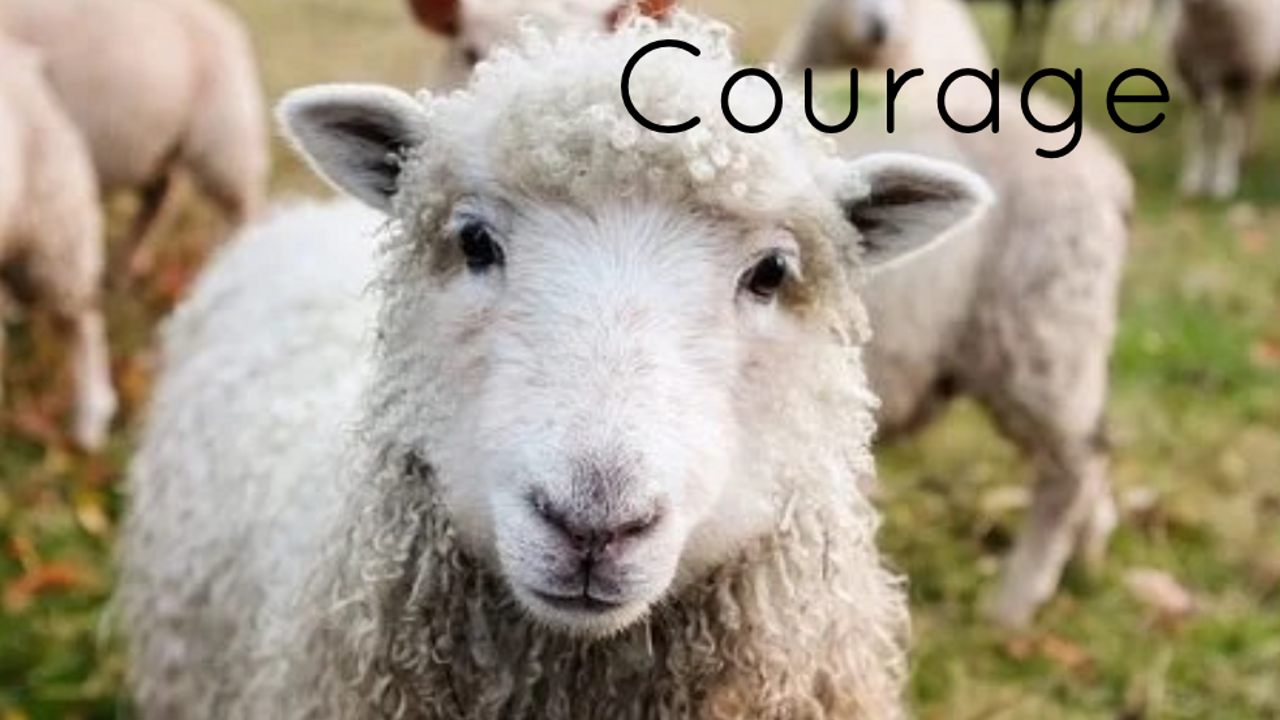 Sheep aren’t usually associated with courage. But for me they are.

I know. It’s a bit random, but after a bit of research, my husband and I decided to purchase a flock of sheep. So now we are sheep farmers.

Do we know much about sheep? No.

Do we have experience with sheep? No.

Do we know the ins and outs of their health? No.

Do we know exactly what we are doing? No.

Do we know every detail required to be successful sheep farmers? No.

Are we scared? Yes.

Yes, we both grew up on farms with livestock, but dairy cows and laying hens really don’t have all that much in common with sheep.

Needless to say, we stepped out of our comfort zone. Others might judge us. Some might think we are crazy. Some will think that we are doomed to fail.

But here we are anyway, with over 100 sheep, hauling hay and water, checking on pregnant ewes, bottle-feeding lambs, trimming little cleft hooves, treating mastitis, heading to the vet, and doing what needs to be done.

Stepping out of our comfort zone requires courage.

Courage is something that comes from the heart. Literally, the word is derived from “cor” which is Latin for “heart”.

Some describe courage as having no fear. This isn’t true. Courage isn’t what you get in the absence of fear. It’s not like fear and courage are on some balance beam, where the less fear you have the more courage you get.

Courage is something that takes place alongside fear. Not in spite of fear. But alongside it.

Courage doesn’t say, “Let me show you a thing or two, Fear!”

Courage is the inner voice that says, “I know you’re afraid and that makes sense. Let’s try anyway.”

Courage is the capacity to do something that you’re scared of, not to prove anything, not to force anything, but to follow the heart’s guidance.

What is your heart calling you to?

What is fear keeping you from?

Where do you need some more real courage from the heart?